Here are the major highlights from the chamber this week - starting Tuesday, July 2

The House Majority Leader and Leader of Government Business, Osei Kyei-Mensah-Bonsu (MP, Suame), has told Ghanaians no decision has been taken on the proposed building of a new chamber block for the Parliament of Ghana. Speaking at a news conference on Thursday, he said the need for this consideration to build a new parliamentary chamber is as a result of crowding in the current chamber as some MPs scrounge to “catch the eye” of the speaker from behind pillars where they have been allocated chairs. He said, “you guys are the same people who are saying to us that there are some Members of Parliament who are dumb, they don’t speak. Some of them cannot be identified by the Speaker”, referring to recent reportage on MPs who do not rise to speak on the floor either in debates or other business under consideration of the House.  According to him the idea to get a new chamber indeed a ‘parliamentary enclave’ outside its present location was first mooted during the speakership of Justice Joyce Adeline Bamford-Addo in the Fourth Parliament where a land was secured near Trassaco Valley Estates in Accra which has since been encroached by private developers for real estate; giving the reason that there is a need for the parliamentary enclave just as the Executive and Judiciary branches of government already have theirs.

The House majority leader narrated events that led to the relocation of Parliament House from its original location on the Accra High Street to its present place because the number of MPs grew along the line from 56-member Legislative Assembly in the colonial era; through 104 post-independence to the era under this Fourth Republic when the number of MPs was increased to 200 and now 275. It became apparent to relocate Parliament House to the State House its present home which is a property of the State Protocol Department under the Executive branch. Also, the refurbishment of the ‘Job 600’ office complex for MPs, which once served as hotel accommodation for African Heads of State who were attending a conference in the First Republic, gave the indication that Parliament House was not changing its present location anytime soon. 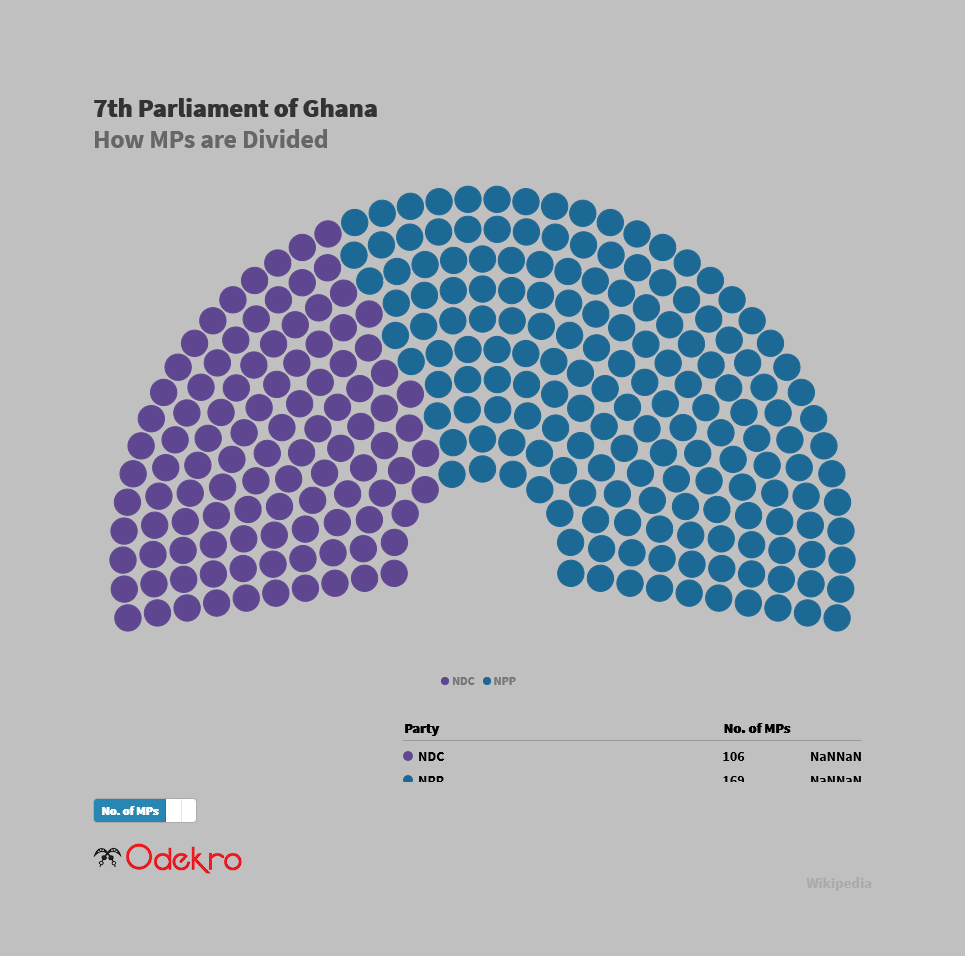 Osei Kyei-Mensah-Bonsu (MP, Suame) explained further that the idea was revisited after vice-President Mahamudu Bawumia pledged the Executive’s support on finding Parliament a new chamber following a rainstorm which ripped off parts of the roof of the current chamber. However, current deliberations by the Parliamentary Service Board (PSB) on the proposed new chamber is being held by the Board and “has nothing to do with the Executive”, he says. On the capacity of the chamber, he added, the Board was contemplating one that can seat 450 people emphasising “it is not a 450-Member chamber” as some members of the public have misconstrued to mean there would be an increase in the number of MPs soon. He said the intention to build a 450-seater chamber is to create enough room to accommodate visitors and guests of the Speaker, or ushers of Parliament who would freely move around when serving MPs with documents at plenary.

The majority leader conveyed an apology to all MPs who according to him have had to endure public backlash over the idea to build a new parliamentary chamber when they had no formal knowledge of it. The Minority Leader, Haruna Iddrisu (MP, Tamale South) on the other hand in response to the public questioning of why he was absent at the media encounter on Thursday, explained that even though he is a member of the PSB he is not under any obligation to disclose any information to the public about discussions being held by the Board. Therefore ongoing discussions about the proposed new chamber are not meant for the public as there is no conclusion on that yet.

The current Speaker of Parliament, Rt. Hon. Prof. Aaron Micheal “Mike” Oquaye on accepting this role on January 7th, 2017, outlined a 9-point vision of transforming the Parliament of Ghana as follows:

1.  Passage of the Affirmative Action Bill;

2. Revision of the Standing Orders of Parliament;

3. Introduction of the Private Members Bill;

4. Improving the capacity and scope of the Committees of Parliament so that the inquisitorial power of Parliament is applied to its logical conclusion;

5. Commissioning a study to document all boycotts and walkouts in Parliament and an assessment of their impact on the growth and development of democracy in Ghana;

6. Modernization of the Parliamentary library and the record-keeping process including records of how individual MPs vote;

7. Commencement of a “Parliament/Citizen Encounter” programme with the assistance of think tanks;

8. Improvement in the salaries and working conditions of MPs;

9. Acquisition of a new chamber, good library, books and mimeographs

There would be a Committee of the Whole meeting on Tuesday, July 9th where MPs would be formally briefed about the proposed chamber block for Parliament, Osei Kyei-Mensah-Bonsu announced in his response to comments on the business statement from MPs last Friday. The issue of the proposed new chamber was raised by Samuel Okudzeto Ablakwa (MP, North Tongu) asking the majority leader who had finished presenting the business statement for the 7th week ending Friday, July 12, to address the House on the ongoing discussion on the proposed new chamber by the Board. Mr. Ablakwa used the opportunity to accept the majority leader’s apology to MPs for how events have unfolded following the public show of model designs for the proposed new chamber complex.

The consideration of vigilantism and other offences bill begun on Friday, July 5, continues on Tuesday, July 9.

The following papers were presented on Wednesday, July 3:

The Instruments have been referred to the Committee on Subsidiary Legislation for consideration and report.

Follow @Odekro on Twitter for LIVE proceedings from Parliament House and stay interactive with the hashtag #GhParliament on Twitter; and become a member of our Facebook group to discuss the stories with the community by searching for ‘This Week In Parliament - TWIP’.