Here are the major highlights from the chamber this week - starting Tuesday, June 25

ISSUE 1: Armed Robbery Activities Are Down

Minister of the Interior, Ambrose Dery (MP, Nandom) has said that recorded cases of armed robbery in Ghana have dropped from 1,101 in the last half of 2018 (June-December) to 868 (January to-date, 2019). He was responding to a question by Albert A. Alalzuuga (MP, Garu) in Parliament on Tuesday. Mr. Alalzuuga sought to find out from the minister what measures have the ministry put in place to reduce armed robbery in the country. The Minister gave assurance of the government’s commitment in the fight against armed robbery adding the State is supporting the Police with vehicles and logistics where 481 cars were presented to the Police 18 months ago to “enable them discharge their mandate effectively”. On recruitment, Mr. Dery told the House approval was given last year to recruit 4000 more Ghanaians into the Police Service, out of which 2000 are already undergoing training at the various centres across the country. Wrapping up the session, the Minister touched on the joint Police/Military nationwide patrol operations codenamed: “operation calm life” and assured the MP of additional security measures as well as increased Police patrols in communities along highways, where the Bolgatanga—Bawku—Garu highway has been factored in the Police operational plan.

Ambrose Dery has also urged Ghanaians to volunteer information which would help the Police in crime fighting, adding that, “security is a shared responsibility”. He was confident to say that the Police Administration has stepped up intelligence across the country which has resulted in the arrest of persons involved in high profile robberies and crime.

Cases of Armed Robbery In Ghana 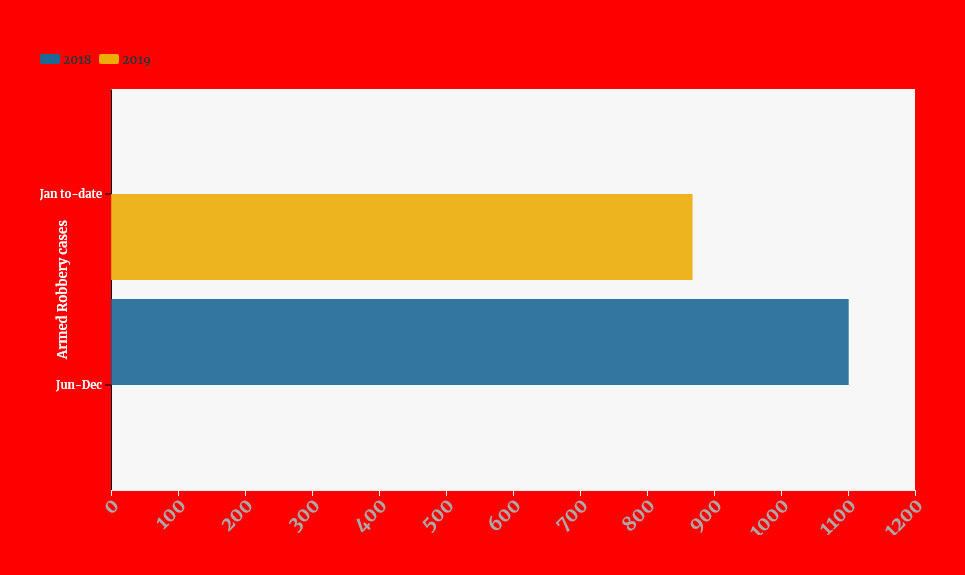 A €31.5 million United Kingdom Export Finance (UKEF) facility was approved by the House on Friday in conjunction with another loan facility agreement between the government of Ghana (represented by the Ministry of Finance) and HSBC for €4.5 million to finance the implementation of the rural communities and small towns water supply project under the following terms and conditions: Grace period for the UKEF facility is for 1.5 years whiles HSBC tied facility is for 1 year; repayment period for UKEF facility given as 15 years & HSBC repayment is for 4 years, at an interest rate on the UKEF facility of 1.74% per annum of current pricing whiles interest of the HSBC tied facility is +4.8% per annum EURIBOR. The project cost of €30 million is financed by Her Britannic Majesty's Secretary of State acting through the Export Credits Guarantee Department (operating as UK Export Finance) and HSBC Bank plc under an export credit financing structure with the UK export finance providing direct lending to the Government of Ghana to finance up to 85% of the contract value & the entire guarantee premium. HSBC is lending to the government up to 15% of the contract value to finance the government’s contribution towards the project.

The project is to support the Ministry of Sanitation and Water Resources and Community Water & Sanitation Agency (CWSA) to install and maintain point and piped water systems in rural communities and small towns in Ghana. The project has 4 main components, namely:

a). Point Source Nano-Filtration System (€3 million) - 10% of project value, which will provide treated water to 150 communities in areas where water sources are contaminated.

b). Piped Water to Households & Public Standpipes (€21 million) - 70% of the project value of which both piped water to household and public standpipes will be provided in 12 small towns.

c). There is also an Environment, Social Safeguards & Community Engagement component which will cost €1.3m (4.33% of project value). This component will cover environmental and social safeguards interventions, selected communities, community engagement and sensitisation and training of water system management staff.

d). Then also the facility will take care of Project Management which will cost €4.5 million, making up 15% of the project value. This component takes care of fees for the overall planning, management and oversight of the project design development, data research review, logistics, distribution, implementation and maintenance on behalf of the government of Ghana by CWSA’s internal project and Aqua Africa (the UK private company that is working on the project)’s external team.

On value for money, the Finance Committee reports that “necessary documentation has been submitted to Crown Agents” for the value for money audit which is presently being done.

MPs have called on Volta River Authority (VRA) to use its resettler trust fund the way it is intended for the benefit of the members of resettlement communities across the country. Their call came when they each took turns to comment on a statement by Rockson-Nelson Etse Kwami Dafeamekpor (MP, South Dayi) on the “role of the Volta River Authority resettlement trust fund vis-a-vis the situation of the resettled communities” on Thursday. The statement, which sought to raise concerns of deplorable living conditions of members of resettler communities along the Volta Lake and how for a long time the Trust Fund created for their upkeep has not been put to good use. According to Mr. Dafeamekpor, since the VRA Resettlement Trust Fund was created in 1996, “resettlement townships have suffered degradation due to deprivation,” making life difficult for the people in these communities.

There are about 52 townships which were resettled because of the construction of a hydro-electric dam at Akosombo in the 1960s; an estimated number of 80,000 residents across 730 villages who depended on the Volta Lake for survival were affected as a result. The 52 resettled townships spread across 5 Regions of Volta, Oti, Eastern, Bono East, and Northern. The Trust Fund was created following rising demands for the provision of social amenities in the resettlement communities in addition to difficulty with accessing funds for development.

House Speaker, Rt Hon Mike Oquaye, at the end of the statement directed Mr. Dafeamekpor to file questions for the Minister of Energy on the subject matter.

On Tuesday, the House received the annual statement by the audit committee of the Bekwai Municipal Assembly for the year 2018 which was presented by Deputy Majority Whip, Matthew Nyindam (MP, Kpandai) on behalf of the Minister of Parliamentary Affairs Osei Kyei-Mensah-Bonsu [Majority Leader]. The paper was referred by the Speaker, Mike Oquaye to the Public Accounts Committee for consideration and report.

Follow @Odekro on Twitter for LIVE proceedings from Parliament House and stay interactive with the hashtag #GhParliament on Twitter; and become a member of our Facebook group to discuss the stories with the community by searching for ‘This Week In Parliament - TWIP’.